The symbol of Senigallia, suspended between the Sky and the Sea

Rotonda a Mare is not a place, but a state of mind

A unique place where boredom is banned

The most beautiful place ...

... for your souvenir photos.

Where to sleep Where to eat

Find the perfect accommodation in Senigallia

Choose where to eat

A dream of magic moments between land, sea and sky

The fascinating history of Senigallia’s icon

With its dream atmosphere, suspended between the sea and the sky, Rotonda a Mare has become a symbol and an icon of Senigallia. For sure, this charming, elegant building is an important element of the city identity 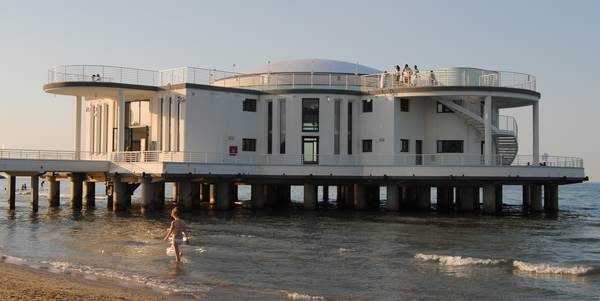 Rotonda a Mare is a harmonious example of beach architecture and the result of many vicissitudes, destructions, projects and reconstruction works. Everything started during the Belle Époque with the creation along the beach, just in front of Hotel Bagni, of a wooden platform for hydrotherapeutic treatments and recreational activities designed by Vincenzo Ghinelli (1792-1871).

The final decision to build Rotonda a Mare in Senigallia was taken by Azienda Autonoma Stazione di Cura e Soggiorno on 30 January 1932. The project submitted by Engineer Enrico Cardelli, was chosen because of its “ingenious and favourable economic characteristics”.

Rotonda a Mare was inaugurated on 18 July 1933, and soon became a popular place with music entertainment. On 7 July 1935 the Italian Prince Umberto of Savoy travelled to Senigallia to inaugurate a beach holiday centre, called Colonia Marina Maria Pia di Savoia, and visited Rotonda a Mare.

Rotonda di Senigallia lived its golden years between 1950 and 1960, when it became a “temple” for the local jet set and a place where Italian music stars performed in concerts. It was reopened to the public in 2006 at the completion of restoration and requalification works.

Traditionally Rotonda has represented many different things for the local people: a meeting place with a social function, a pleasant opportunity for entertainment, and a symbol of the artistic and cultural life of the city. For its historical and architectural peculiarities, as well for its strategic position in the centre of the Marche region in Italy, Rotonda a Mare is a valuable evidence of a modern tourism model that is no longer founded on intensive construction activities along the coast, but on the idea of sustainable development, in a strict relation with the protection of the environmental and cultural heritage of the city and the landscape, for a better life quality. 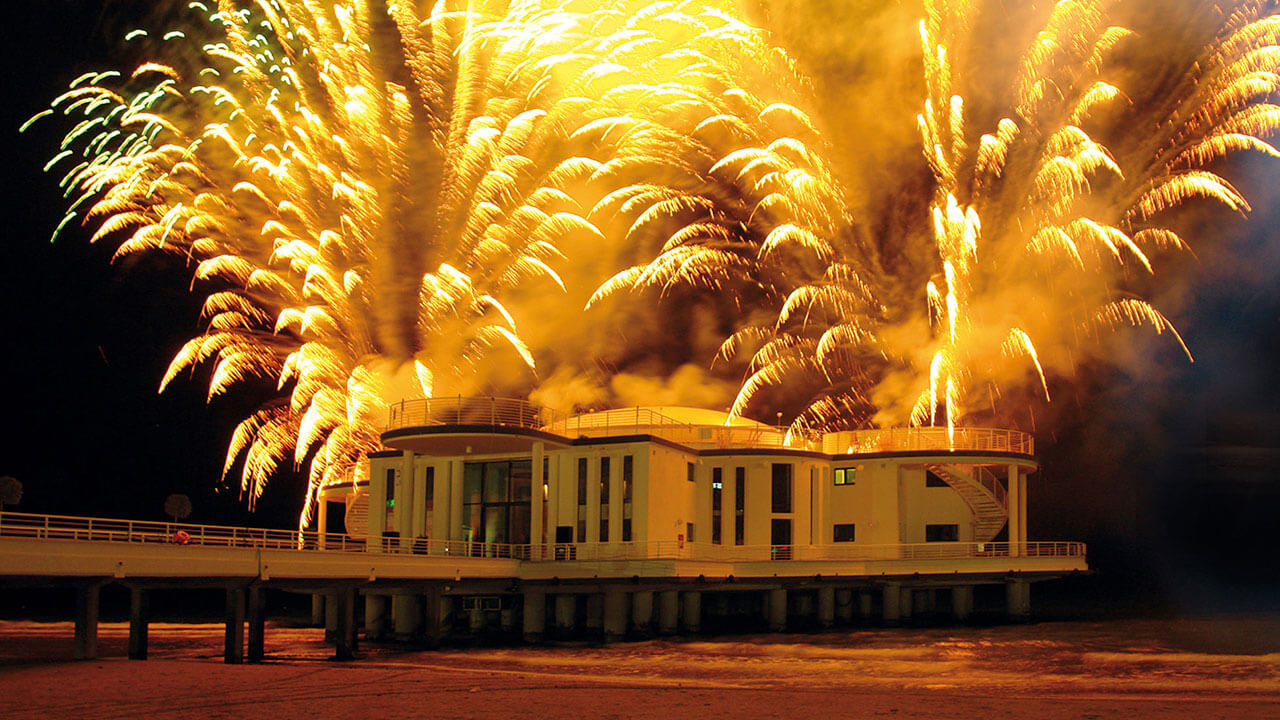 The most famous Rotonda sul Mare of Italy

Be the star guest!

Enjoy your events at Rotonda

Rotonda is a prestigious venue for corporate events and conventions, and a beautiful photographic set.

Rotonda a Mare for your special "yes"

Rotonda a Mare - suspended between the sky and the beach – is the perfect place for a wonderful wedding and an unforgettable “Yes”.

Enjoy your events at Rotonda 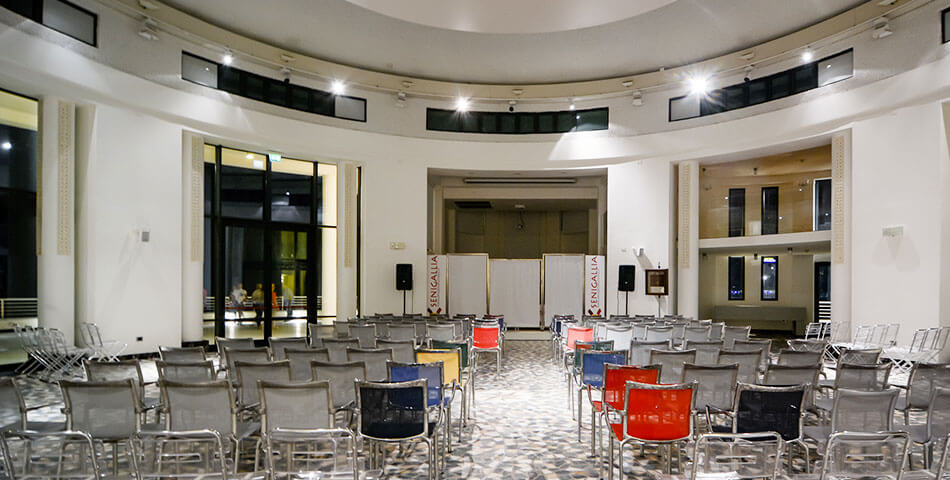 Rotonda a Mare can be rented for corporate meetings and parties, conventions, photographic sets or other private events.

The main hall can host over 200 seats, and is equipped with technical systems to satisfy all types of requirements, with the possibility of using audio, video-projection and Internet systems.

The splendid terrace over the sea can host a prestigious catering buffet for over 400 guests.

Rotonda is a unique, exclusive place for your successful events. 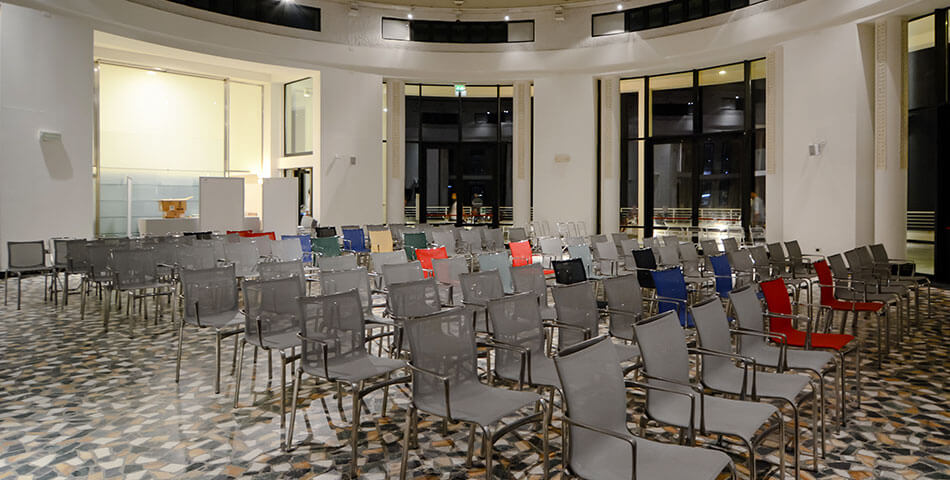 Rotonda a Mare for your special "yes" 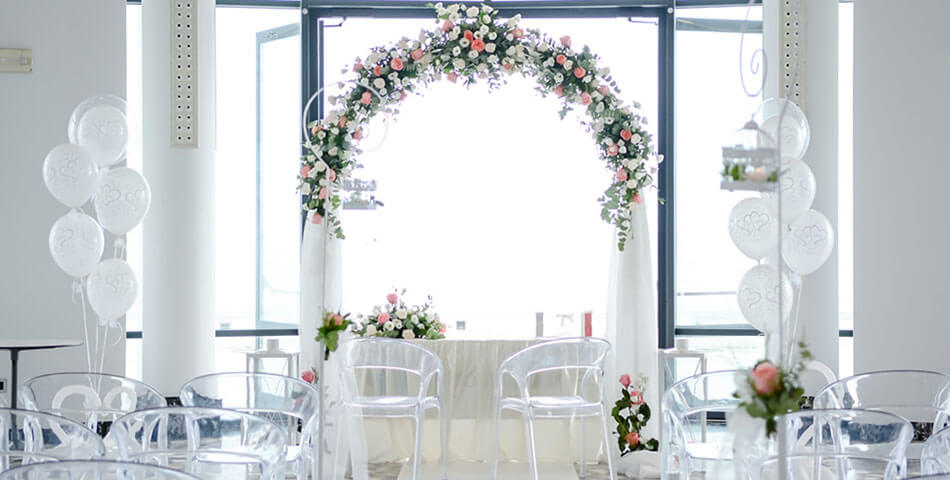 Rotonda a Mare: a unique architecture for a very special day!

Your dream will become true at Rotonda a Mare with a wedding ceremony in a unique exclusive setting suspended between the sky and the sea.

The charm of Rotonda a Mare will surprise all your guests during an unforgettable day when this splendid gem will be only and exclusively yours!

Senigallia will surprise you for its services, from catering organized by starred chefs, to hotel accommodation, from photographic services to flower decorations, always with top quality.

Rotonda a Mare is the best location for all type of requirements, from aperitifs to classical wedding receptions.

Rotonda a Mare can host a buffet with over 400 guests.

Civil wedding ceremonies can be celebrated at Rotonda a Mare also for non-resident couples. 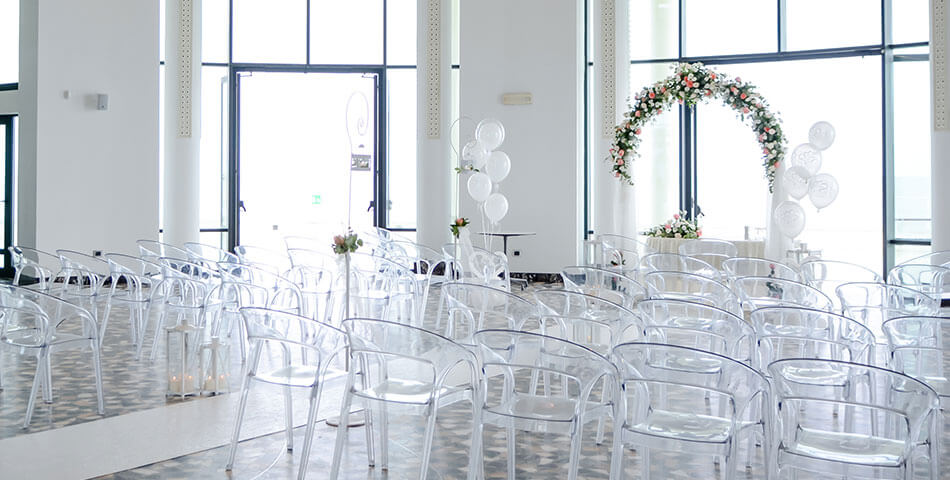 Look at the pictures 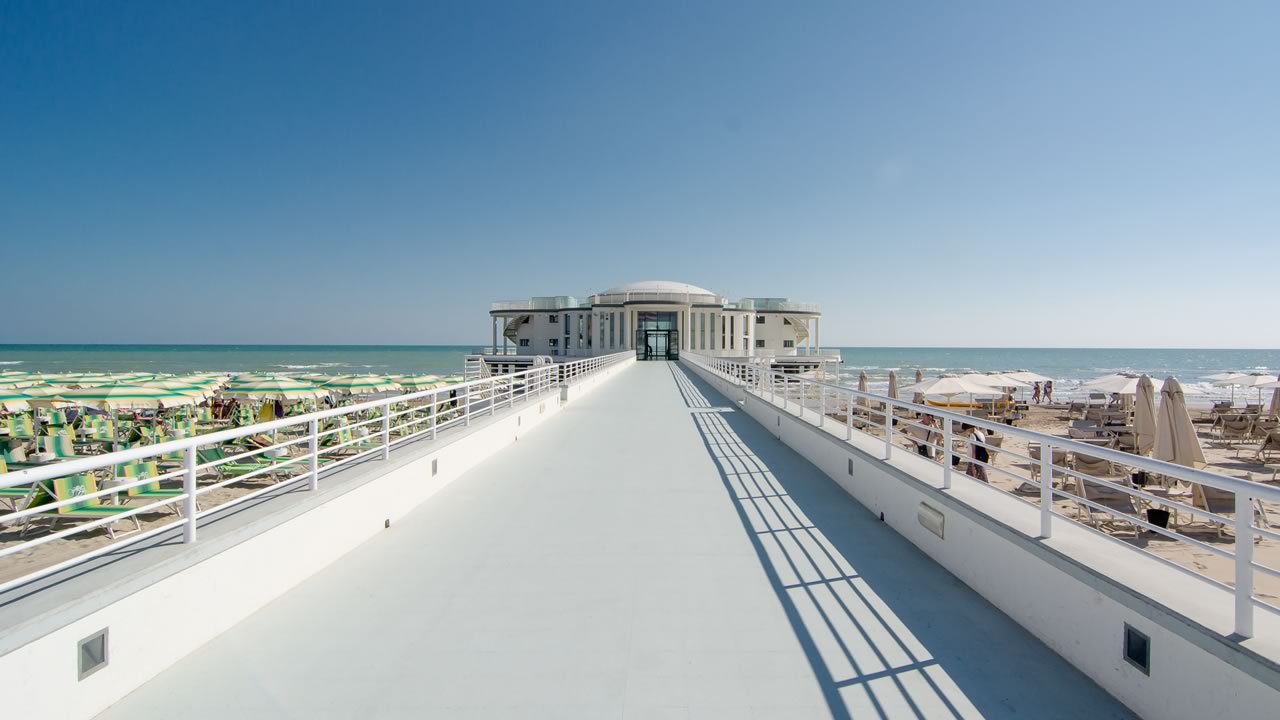 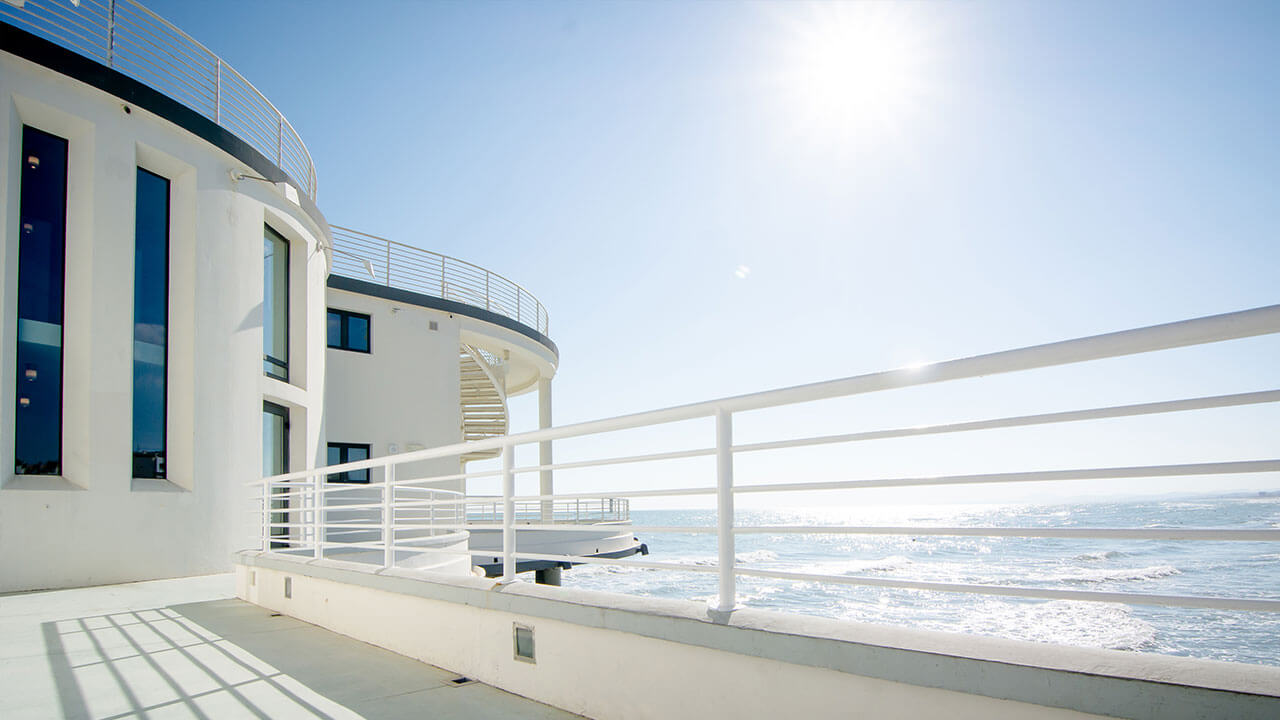 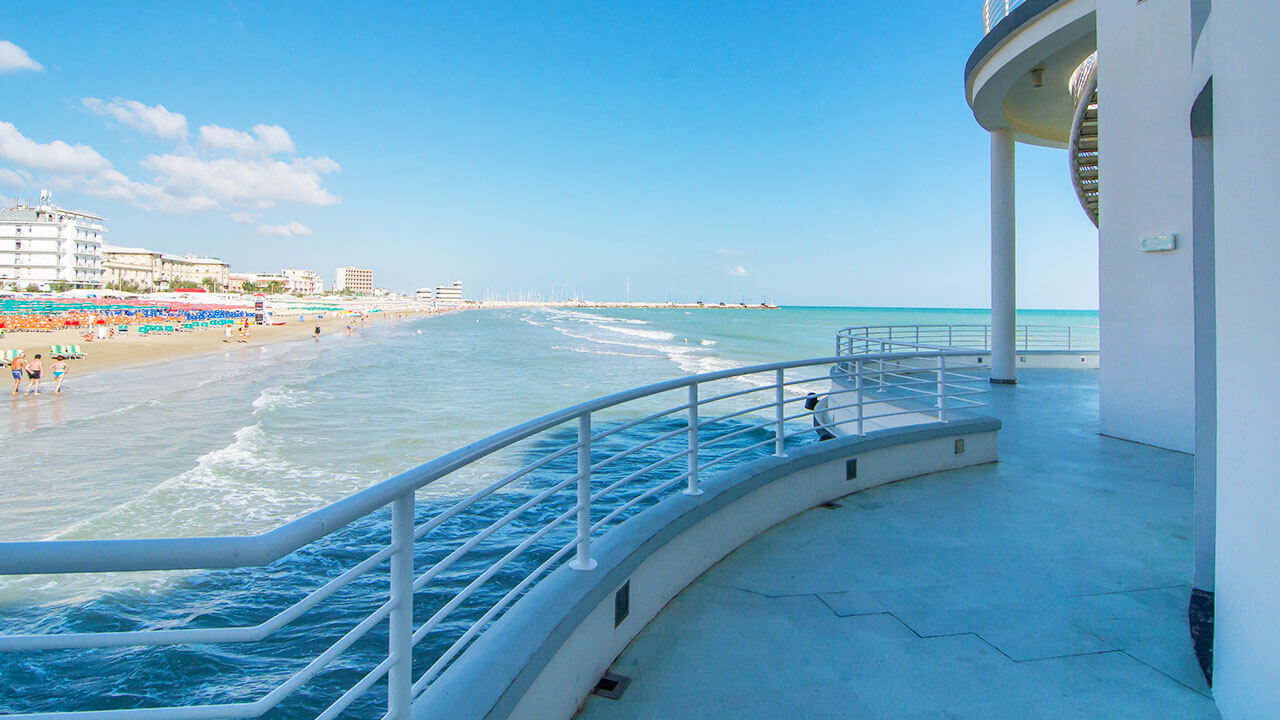 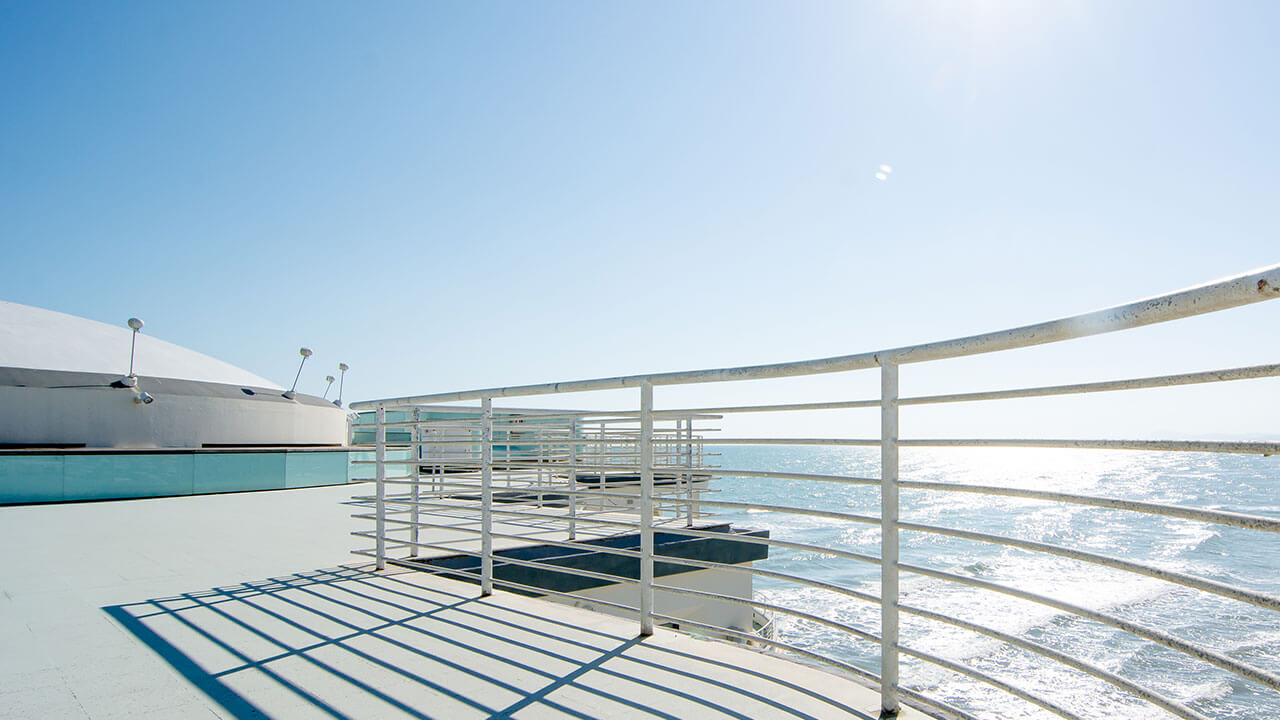 Do you want to discover the beauties of Senigallia?

Choose one of the routes!

Find the best route for you